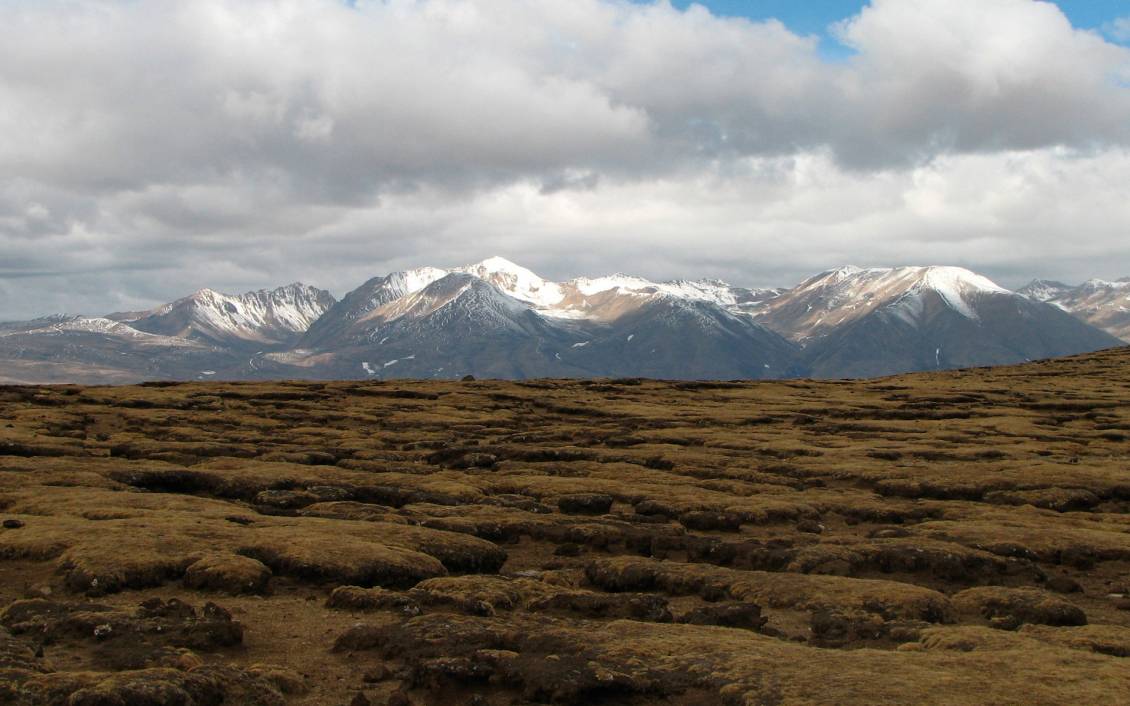 Trekking in Tibet is like getting into a land that is not familiar with any other place in the planet. In Tibet’s vast, undisturbed wilderness, as far as you can see, great mountain ranges loom in the distance, their image protruding across the cloudless sky. On the other side, some lonely Buddhist reliquaries emerge like apparitions in the cold sun, and clusters of rocks and hills stand upon the vast plains with quiet nonchalance. Tibet is vast and grand and its beauty is solemn, dignified and secluded. Throughout this vast land, one can enjoy remoteness in the truest sense, a place where only monks, nomads, pilgrims, merchants and Buddhism traveled persistently over the centuries. For many people, trekking in Tibet has always been about images of devout pilgrims, mules and ponies, desert crossings and cities in ruins, and, and vast overwhelming expanse of uninhabited land. But travelling its ancient trails is, at heart, also a trip through history. Trekking in Tibet is a journey into the great treasures of Buddhist art and spiritual life, where you clamber through ancient routes, and traverse some of the world’s barest topography. The rugged terrain of Tibet sometimes makes you feel strained and at other times it feels too vast and expansive, not because trekking in Tibet is challenging but because it is an otherworldly epic experience! 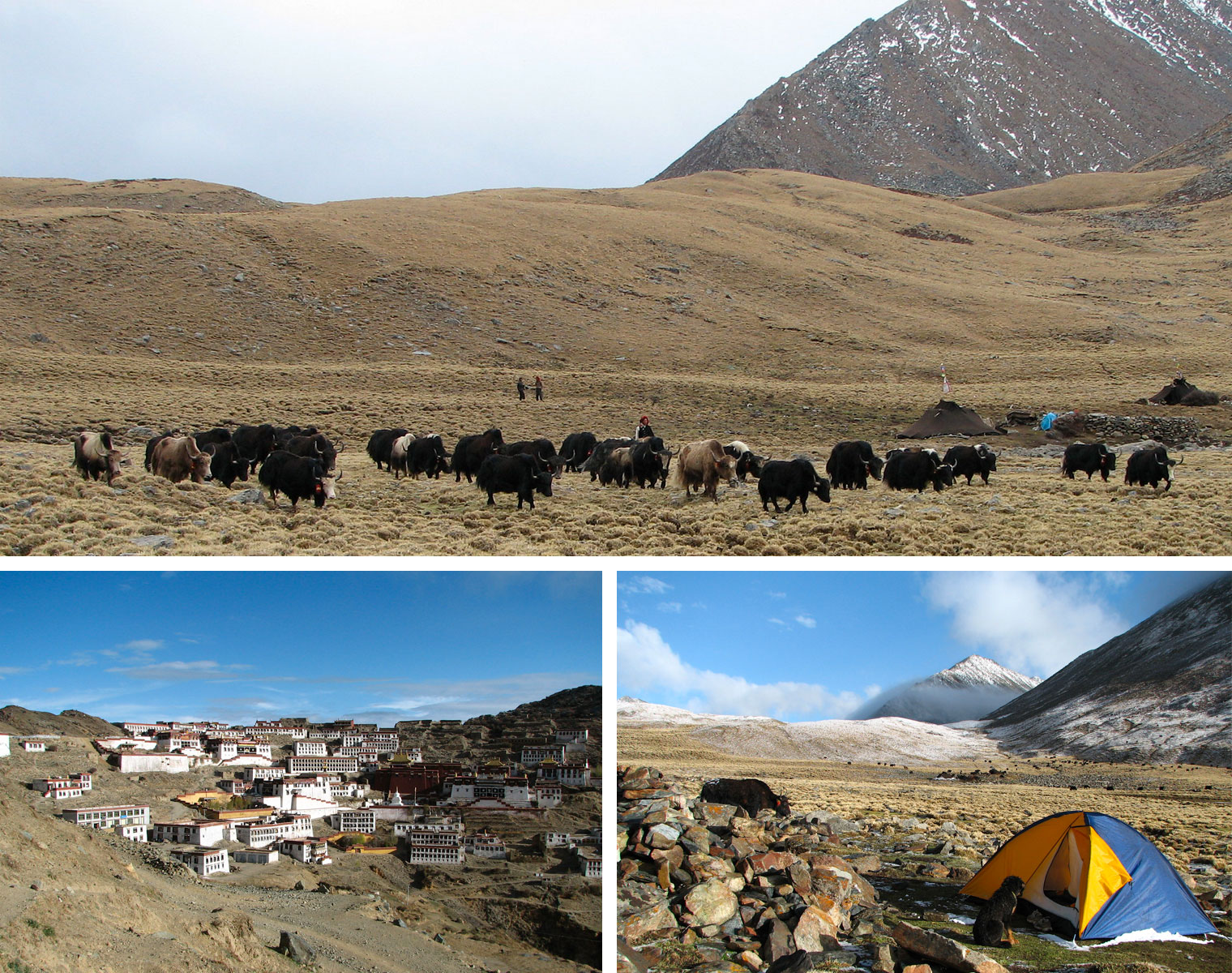 The Eastern face of Mount Everest is called Kangshung by the Tibetans. Very few people know that viewing this third side of Everest is an exhilarating experience. It is only when you see Mount Everest do you realize that the fascinating and mystical Everest looks altered from each side. This trek takes you up to a place known as Pethang Ringmo, the base camp. The trip begins at Kathmandu, including time in Lhasa, Gyantse, and Shigatse, with a 9 day trek in the Kharta valley to the spectacular Kangshung Face of Everest. The trek may be difficult but it permits the most dazzling scenery in a short span of time. You will have to drive to Kharta and begin trekking in alpine desert. A few days of trekking will take you to the Kangshung Valley and at the shadow of Mount Everest.

You can also visit Rongbuk monastery on the way. This monastery is a sun-splashed jewel set in a sparkling expanse that also takes us up to the Everest North Base Camp. This trip combines trekking amidst the glorious views of the Himalayas while savoring the rugged beauty of Tibet- an easy way to view the stunning panoramas and also experience the delightful encounters with the spiritual inclination of this stunning region. From the remote hills of Tibet and airy chants from faraway monasteries, the Kangshung (East) face of Everest is the enchanting lure of this trip. You are transported into a colorful but deeply spiritual world with a trek that passes through pristine, unscathed valleys and lakes to cross two high passes Shao La (4,915m) and Langma La (5,200m) to complete a circuit trek. From the cold vast expanse and timeless settlements of the plateau, Kharta and the Kama Valley, characterized by magnificent alpine scenery to the tangled trials of the blue-hued wilderness, this is an unforgettable taste of Tibet. Three of the world's highest peaks; Everest (8,848m), Lhotse (8,382m) and Makalu (8,463m) overlook the valleys.

For many visitors, Tibet's monasteries shimmer on the distant horizon with an almost hazy allure. But it is only when you enter it, will you feel the overwhelming surge of energy and fascination that gives you a sense of how faiths converge and hang on, through history and spiritual upheavals. You will understand that much like man, religious philosophies too, travel. Ganden to Samye or vice-versa, is not just a route for men, monks and mythology. It is the journey of Buddhism itself. From Trisong Detsun, the founder of Buddhist principles, to Je Tsongkapa, the propagator of the Graduated Path in Ganden. For it in Samye monastery that Tibetan Buddhism finds it roots and it was at Ganden, the fruits were obtained. It is therefore a complete journey from foundation to fruition, from the beginning to a new beginning, from birth to revival. This trek is the journey of teachings, philosophy, spirituality and religion itself. This route connects two of Tibet’s grandest and revered monasteries: Ganden monastery and the Samye Monastery renowned for their unique Buddhist heritage, revealed through their spiritual relevance among Tibetans at large.

The trek starts at 4180m, the altitude at which the beautiful amphitheater landscape at which Ganden Monastery sits, then passes through the Shogu-La Pass at 5250m and heads toward the first Buddhist monastery in Tibet, Samye Monastery 3540m. This is one of the most popular treks in Tibet. Other than its religious and historical significance, Ganden to Samye trek offers an overwhelmingly scenic route beckoned with beautiful views of lakes, valleys, alpine forests and meadows, snowy passes and mountains. For centuries, pilgrims, traders and religious monks crisscrossed this epic network of routes, carrying not just goods to buy and sell but also religious ideas and philosophies. To travel in their footsteps is to embark on one of the world’s greatest journeys.

The part of you that yearns to travel and be amidst universal icons that are man-made, switches off when you visit Mount Kailash. This is a place that is able to embrace not just the craning necks and the corrupt cameras all pointed everywhere but also the one who relishes the reverence and tries to soak it all in, or the one who admires the pristine environment as well as the serene beauty of this place. To the Hindus and the Buddhists, Mount Kailash and Mansarovar lake are both holy. Believed to be the abode of Shiva, the destroyer, spiritual enthusiasts speak of the energy emanating from this place. Pilgrims and tourists come together to worship a place that is wholly deserving of our wonder, and their presence here is a testament to enigma and charm of Kailash.

You can begin this trip from Lhasa, see its beautiful temples and historical places, and visit Shigatse, the ancient towns of Tibet. From Shigatse, you will have to drive to Saga and then to Darchen, a small village located at an altitude of 4570m. This is a place which is famous as the beginning point of the Kora of the Mansarovar Lake. From Darchen, you will have to trek to Dirapuk Monastery at 4,750m. From Dirapuk Monastery you will have to make an ascent of about 762 meters to reach Zutulpuk Monastery by crossing the Drolma-la Pass at 5,630m before quickly descending to Dzutul-puk monastery. All the while the sight of the beautiful Mount Kailash will be all around.

Before you embark on this journey, you can perhaps imagine the blue waters of alpine Lake Manasarovar which will amaze and delight you as you traverse the 52 km of trekking that assures you of vistas and sights you will never forget. This is sacred summit to Hindus, Buddhists, Jains and Bon pilgrims who internalize the sanctity of this mountain and lake. Lake Manasarovar, at a height of 4500 meters, this sacred, turquoise water body is an awesome sight and a fresh water lake at this altitude. Covering 412 km this sacred patch of water has seen many pilgrims over the years.

What might seem like a great blue ocean at a single glance, with the Trans-Himalayan ranges that pulse and loom large from side to side, is a typical sight of Lake Namtso. Namtso is the highest lake in Tibet, a water body that looks alive as the rising sun hits its cool, serene waters. In a few moments the water mirrors the color of the sky, changing from blue to a gentle turquoise, the shades and hues changing each hour, and subsequently becoming more exotic than before. Secluded and serene, magnificent and mystical, Namtso Lake in Tibet demands attention and reverence. The bewildering and un-navigable waters (due to religious reasons, of course) of the Lakes in Tibet have allowed this region to keep its spiritual heritage largely intact. Being the second largest saltwater lake in China only after Qinghai Lake, the turquoise blue Namtso Lake is the biggest in Tibet. It always provides the visitor with awesome and spectacular vistas and photographic opportunities.

While you can reach Namtso Lake by car, the trekking entails hiking around the Namtso Lake and checking out its beautiful surroundings. You can visit the caves in Buguzari, where many animals, indigenous plants and ancient cave writings and paintings can be seen. You can also visit the Kado Nanka Island is considered holy by the Buddhists. There is a mountainous peninsula across the lake called Tashi Dor whose landscape eroded by water gave rise to towers, arches and caverns. There are two separate chapels in Tashi Dor. The first chapel is smaller but spacious. The main statue of Luwang Gi Gyalpo (Nageshwaraja), the King of the Snakes venerated in Hinduism and Buddhism stands in this chapel. You can also visit the Jiachangcuiguo Yumen, which means the place to bath.It is said that people who bath here can get rid of evils and have good luck.