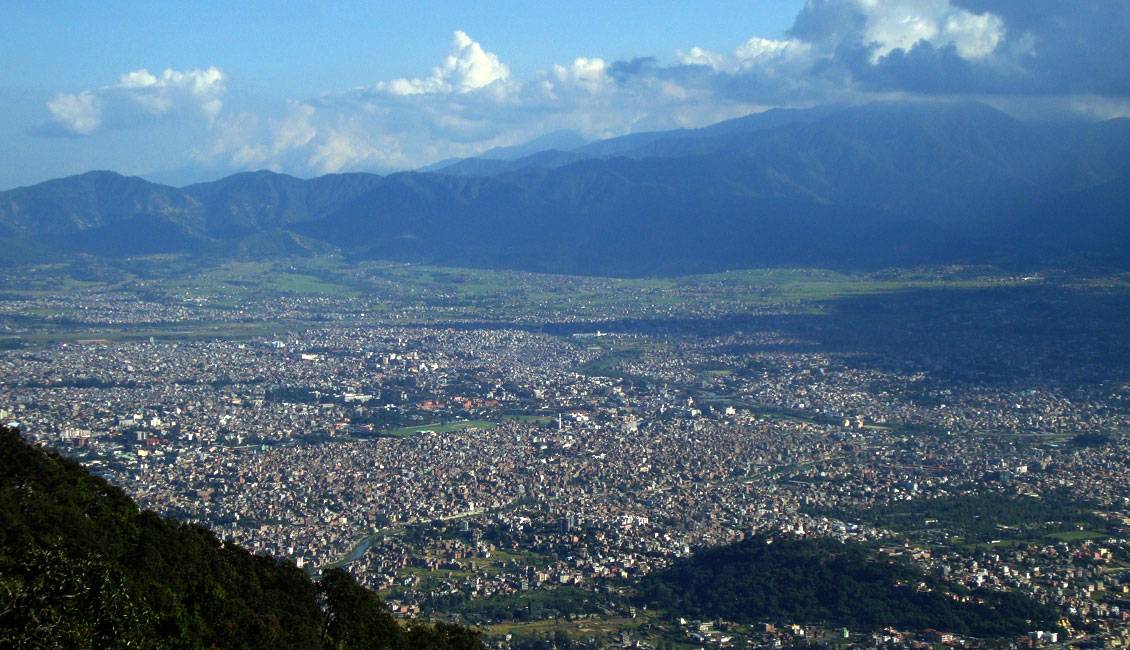 Kathmandu Valley, a city seated in the laps of the Great Himalayas, is considered the abode of the Gods. Doused in stories of divinity and godly power, the valley maintains its spiritual status with the hundreds of thousands of temples it houses. Often called the playground of the gods, the valley’s mystical element was even featured in Marvel’s Dr. Strange. 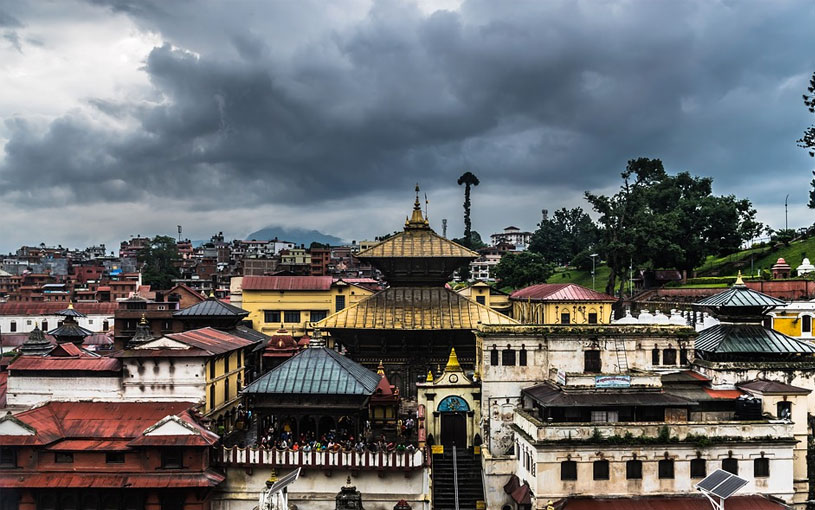 One of the most significant sites in the world for Hindus, Pashupatinath is home to Lord Shiva. Often worshipped as a destroyer, at this holy location, Shiva is considered Lord of all Beings. While the many stories of its origin go back to the days of yore, it is said that the main phallic pillar (lingam) existed before the beginning of time and was discovered by a cowherd when he realized his milking cow was watering her warm milk at a certain spot. Located at the banks of Bagmati river, the temple is a stunning depiction of both life and death. The temple courtyard itself is always abuzz with religious and spiritual activities, but the banks of Bagmati sees death and Hindu crematory process. Unfortunately, non-Hindus are not allowed to enter the main courtyard. But the spiritual and cultural aura is present everywhere. 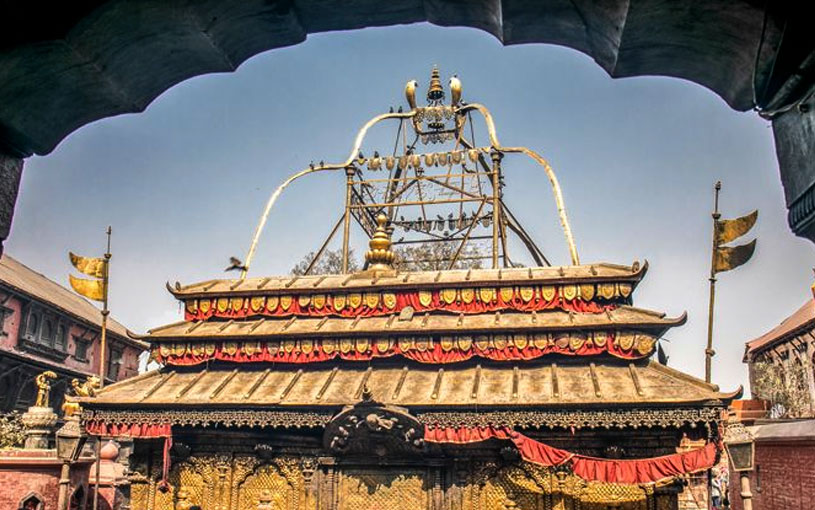 Power directly translates to ‘Shakti’ in Nepali which identifies with the mighty Hindu goddesses. Located on the other side of the Bagmati river, some 250 meters away from Pashupatinath is the Guheshwori temple. Dedicated to Goddess Sati, Lord Shiva’s wife. According to legends, Devi Sati, unable to bear insults thrown at her husband by her family, sacrificed herself by jumping into a pyre. A distraught Lord Shiva then carried her body all over the world. Guheshwori is where Devi Sati’s knees fell and features a flat figure on the ground with a divine but small pond next to it. The water from the holy pond is accepted as blessing. The temple is one of the 51 places in the world where one of her body parts fell.

The tradition is to visit the Guhweshori temple before the main Pashupatinath, following the belief to worship Shakti before Shiva. Surrounded by forests, the temple courtyard is almost always tranquil. Devotees come here to ensure a successful marriage and fidelity. 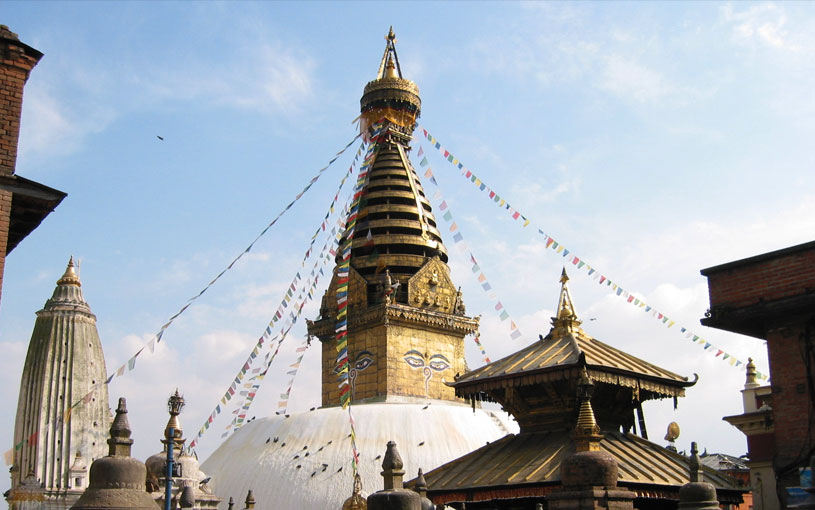 Meaning the ‘self-existent one’ in English, Swayambhunath is believed to have been seen as a glowing entity on a lotus flower in the lake that once used to be the Kathmandu Valley. Scientific data back up the legend that says the valley once was a lake, which was drained out by Manjushree. The stupa was later built in the same shape of the glowing light. Located on top of a hill, covered in a forest, and peppered with monasteries and shrines, getting to the temple requires one to walk a series of stone steps. One will come across hundreds of monkeys on the way, which is why it is also known as the monkey temple. Thronged by both Hindus and Buddhists for religious purpose, and by locals and tourists alike for the brilliant view of the valley and the comforting atmosphere, Swayambhunath is definitely a must visit. 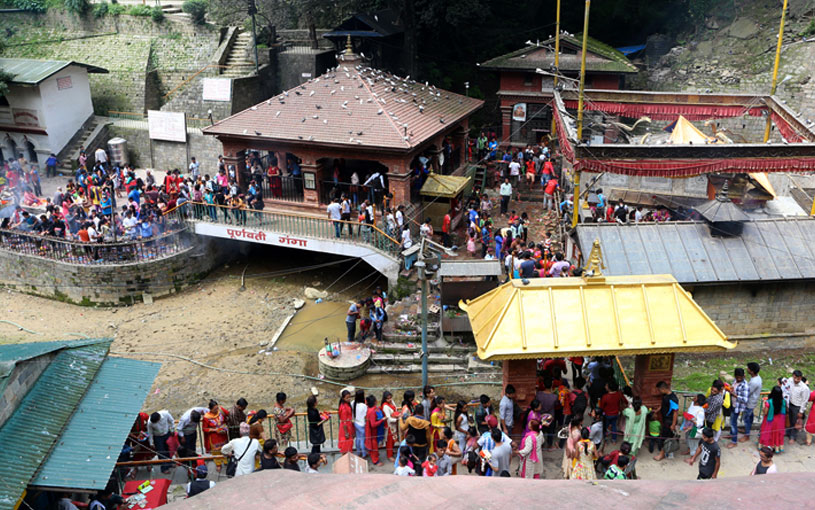 Located 22km south-west of the city of Kathmandu, the Dakshinkali temple is dedicated to ‘Kali’, the fearful avatar of Goddess Durga, one of the avatars of Goddess Sati. It was built by a 14th century Malla king, following a dream where he was commanded by the goddess herself to build a temple dedicated to her at a certain spot. A stone manifestation of Goddess Kali was discovered in the same place, around which the temple was erected. The image is only covered by a canopy supported by four pillars of golden serpents, leaving it open to all elements of nature as directed by the goddess. Avid believers throng the temple will sacrifices with faith that Goddess Kali will fulfill their wishes. Surrounded by hills from all direction, the temple exudes calm and serenity. While it is possible to reach the destination on four-wheelers or motorbikes, the journey can be rather interesting for mountain bikers! 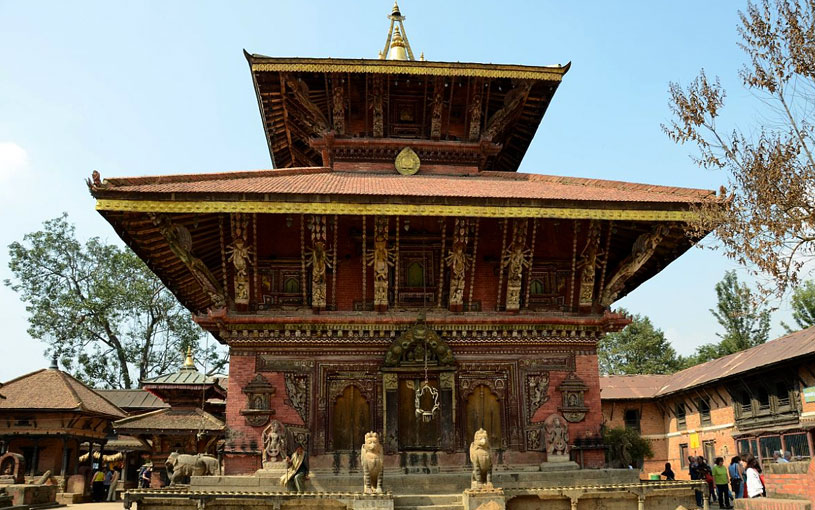 Perched on a hill top, north-east of the Kathmandu city, Changu Narayan is a temple dedicated to Vishnu or Narayan, the God of Creation for Hindus. There are many legends around the establishment of the temple, and while the plots may differ, they all narrate Lord Vishnu mounted on his vehicle, Garuda being beheaded. The daily ritual at the temple itself re-enacts the beheading where the head section of the main statue (of Vishnu sitting on Garuda) is removed and then replaced.

As exciting as the mythology of the temple is its architecture. Dating back to the 325 A.D. during the Licchavi period when Nepal’s art was at its glorious best, the temple’s structure boasts some of the most magnificent wood, stone, and metal carving in the Indian sub-continent. The various avatars of Lord Vishnu and the vision he showed to Arjuna during the Mahabharat is ornately carved and present in the Changu courtyard. One of the highlights, perhaps is an incomplete stone sculpture of an elephant, work on which is said to have been stopped because the stone started to bleed. Pilgrimage to the site is made by Hindus, Buddhists, and Tibetans as well, and tourists aren’t barred from the divine surroundings, although entering the temple is prohibited.

Kathmandu Valley in itself is a sacred place. It is God’s own home, flaunting more temples than houses and more gods and goddesses than people. Each temple is the holiest to someone; its power experienced by them. On your next journey through Kathmandu, visit the above listed five power places. And perhaps, with faith you will find your own holy place too.