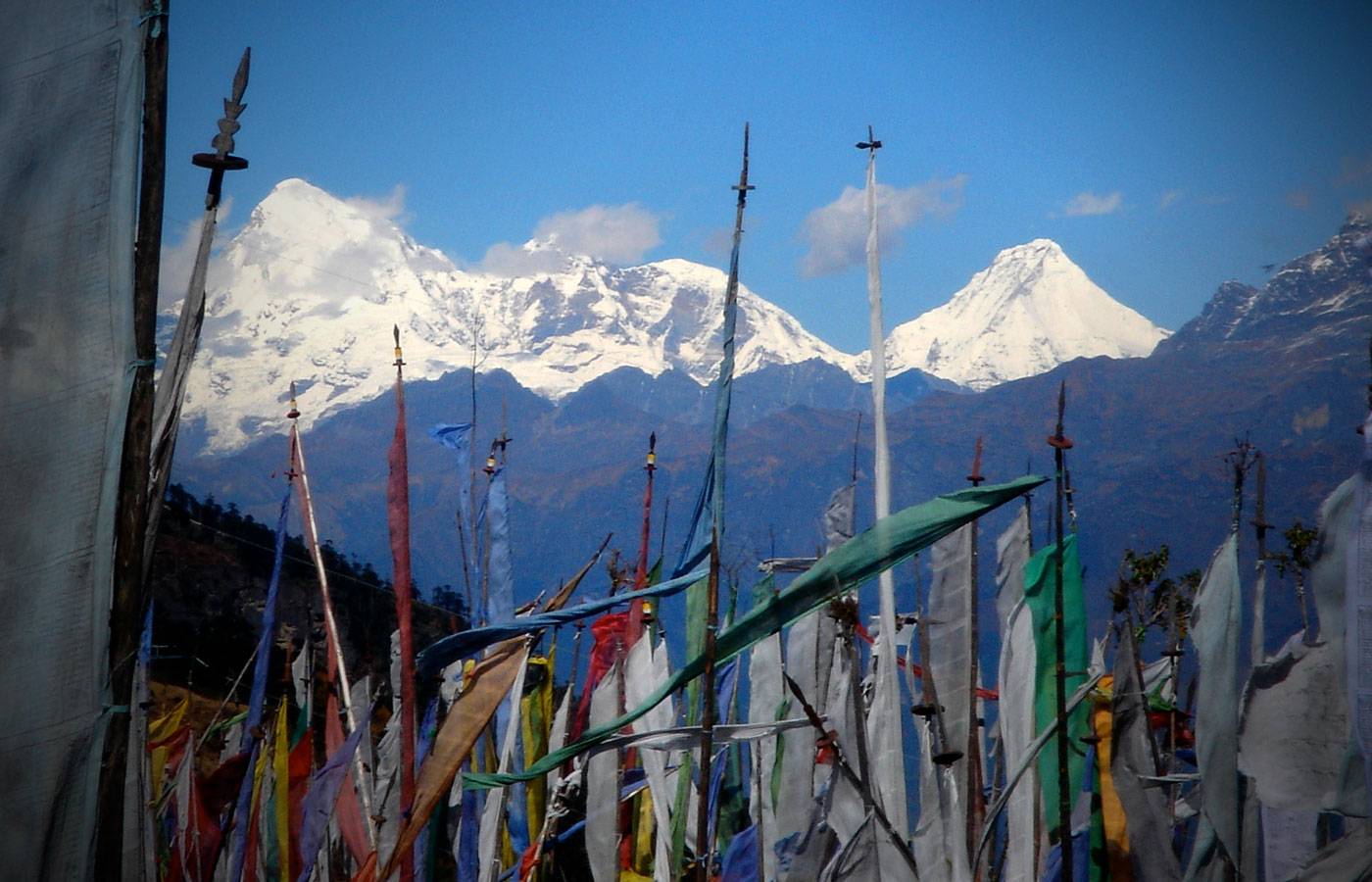 Chele la Pass, situated at an altitude is 3,988 meters is the highest motor passable road in Bhutan. Situated at a distance of 40km from Paro, this is actually a mountain pass that needs to be crossed in order to reach the Haa valley.
But Chele La is more famous for the beautiful views from here. Many tourists are enthralled by the spectacular views of Mt. Jumolhari, Jichu Drake and adjoining peaks to the North West, as well as the view of Haa and Paro valley that can be seen from Chele La Pass. Becked with numerous Buddhist prayer banners, the surrounding area of this pass has several un-walked trails and various untouched forests which make this place a tranquil spot to hike. The slopes of the mountains in the landscape are filled with white poppy which is not found anywhere else in the world. If you are traveling during the spring season (March-May), you will also be able to see blooming Rhododendrons around the pass. May travellers enjoy a short hike around Chele La pass by walking along the hills to Kila Gompa, which is believed to be Bhutan’s oldest nunnery.