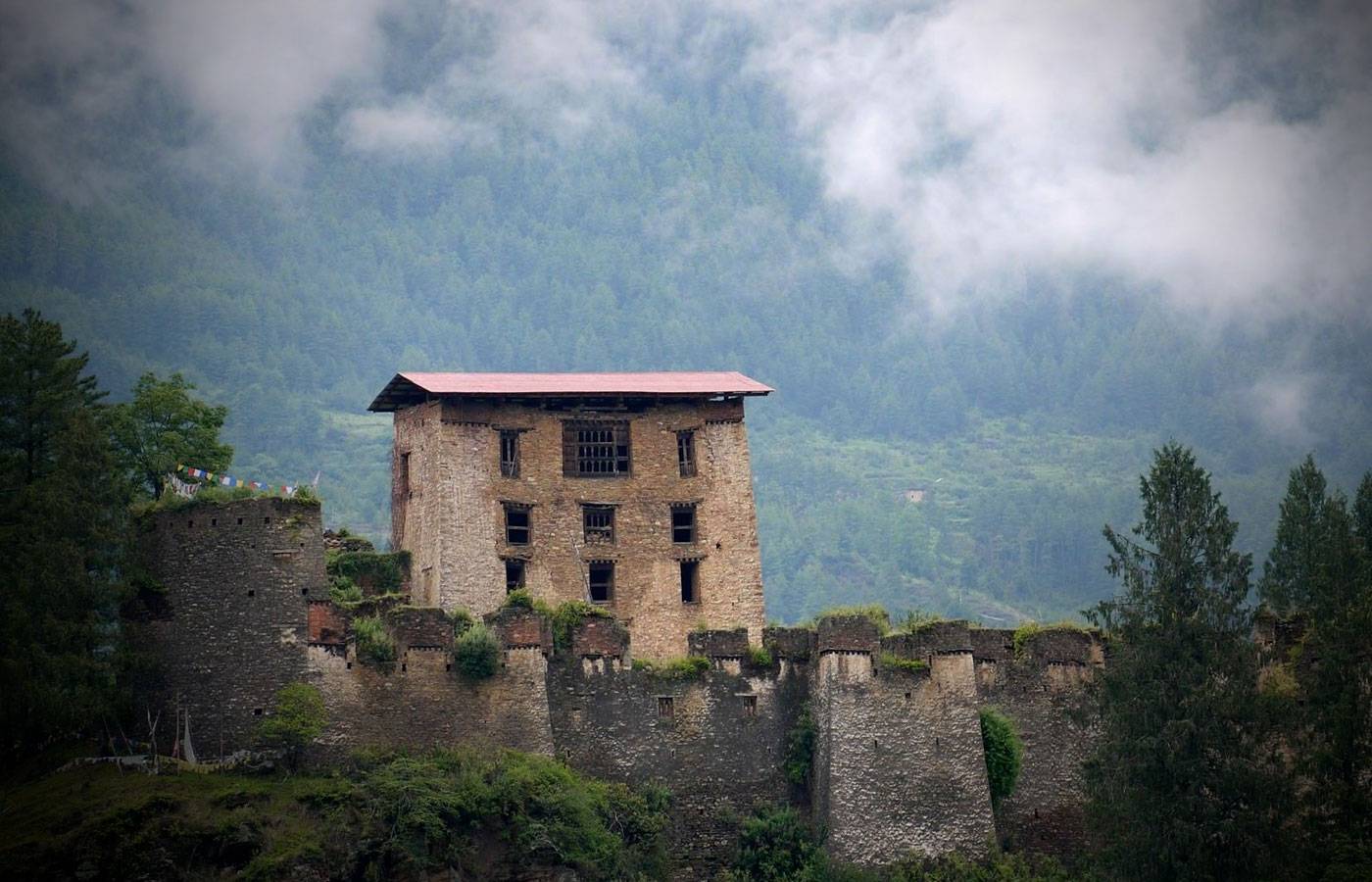 Drukgyal Dzong, a medieval fortress and now in ruins is located in the higher regions of Paro.
The Dzong dates back to to the 17th century and was built by Tenzin Drukdra on the instructions of Shabdrung Nawang Namgyal on the already small structure present there, which was once a war location that happened between Tibet and Bhutan. The name Drukgyal literally means Victory to Bhutan and commemorates its victory over the Tibetans in 1644. One of the features of the dzong was a false entrance that lured the returning Tibetan invaders into an enclosed courtyard during a second attack. The Dzong is situated right at the trail from Tibet that goes through the Tremo La Pass before entering the Paro valley. After the war with Tibet and trade was resumed, Drukgyal Dzong became a major artery that traders would use for more than a century. What was once a trading route has now become a trekking route but the Drukgyal Dzong still stands resolute, still an imposing sight to behold. In the early 1950s, Drukgyal Dzong was almost completely destroyed by fire and renovations began in 2016. You may not be able to go inside the Dzong as a visitor but you can make a tour around it and imagine how glorious it must have been in history.