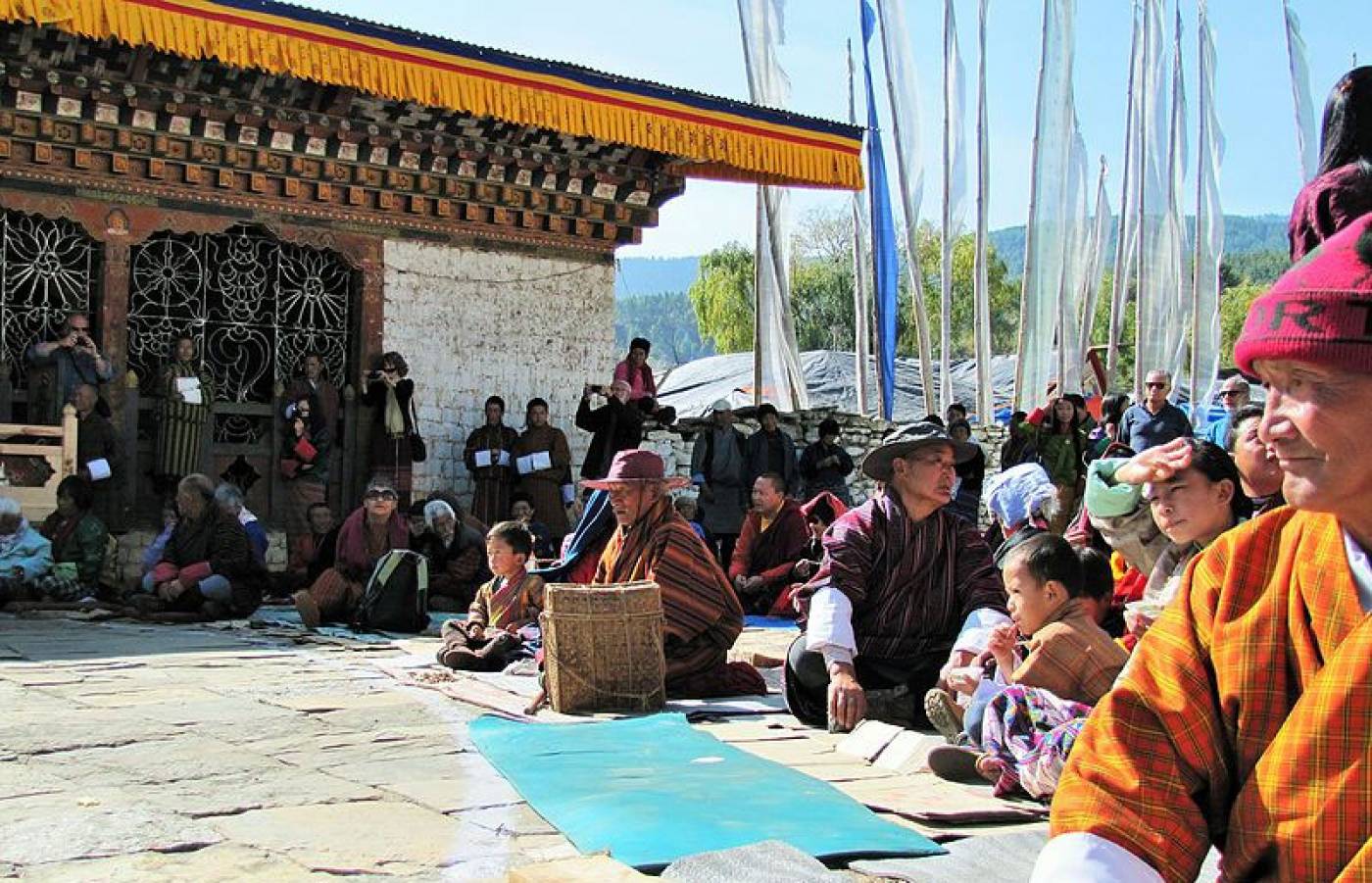 Pele La mountain pass at 3420m is the corridor that leads to Central Bhutan.
Her entire body covered the length and breadth of the land of Tibet and the other Himalayan regions. To subdue this Ogress, Songsten Gampo, along with his two wives, built a series of temples in Tibet, where it was believed that the face of the ogress lay. But that was not enough. Further twelve temples were built to pin down her shoulders and legs. In Bhutan, Kyichu Lhakhang was built over the left foot while Jambay Lhakhang rested upon the left knee of the Ogress.

Structurally, Jambey Lhakhang is a single storey complex that stands near the Chamkhar River. The main sanctum is right at the middle and has a circumambulatory, also known locally as the Kora. The main shrine comprises of a large idol of Maitreya Buddha surrounded by four Bodhisattvas on the sides. On one side of the doorway leading to the shrine is a painting of the historical Buddha while a painting of the Eight Manifestations of Guru Rimpoche is on the other side.
The circumambulatory walls are covered with paintings of the Thousand Buddhas and decorated with a long row of prayer wheels. Four Chortens (Stupas), each of a different colour, were built at the turn of the 20th century forming an inner courtyard. To the right, is Duki Khorlo, another sancutuary. The building to the north is in an extension of the same Duki Khorlo. The Guru Lhakhang forms the left side of the courtyard. It was founded by the Jakar Dzongpon in the19th century. The Sangye Lhakhang is above the main entrance of the complex.