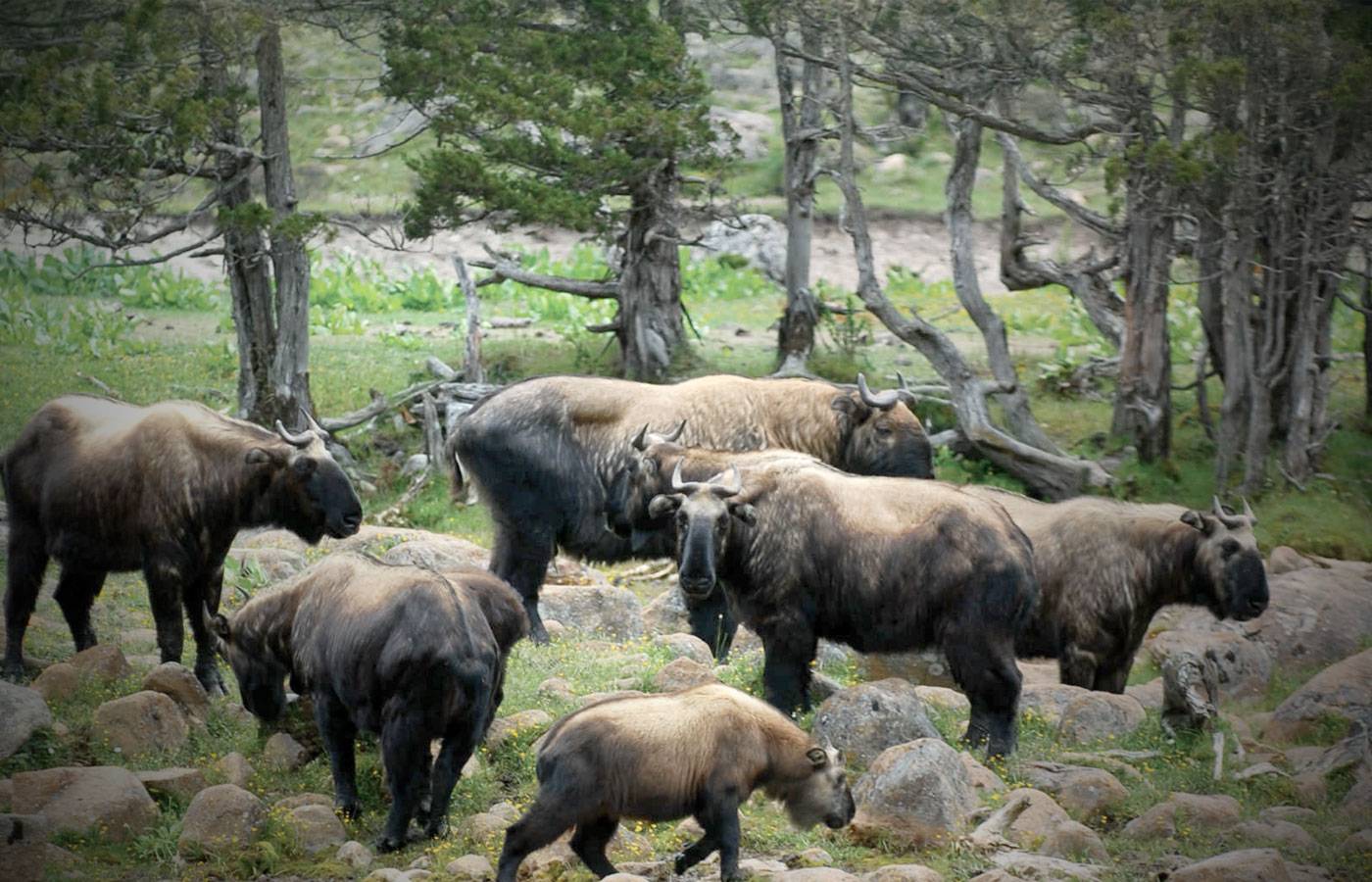 Jigme Dorji National Park just a Wildlife Sanctuary back in 1974 but it was upgraded to a National Park in 1993. It is located in the north-west region of Bhutan.
The park borders with Tibet in the North and is home to some of the most remote tribesmen who live in seclusion from the modern world. The park today is growing in size and has become an important conservatory of glaciers, alpine vegetation, sub-alpine and temperate conifer forests, warm, pure rivers and streams, and the flora and fauna that defines the ecosystem of the Himalayas. It covers an expanse of 4,316 km2, this is the second largest natural reserve in the country. Many important and acclaimed treks in Bhutan are routed along this area, reaching maximum elevations to get to astounding views of the Bhutan Himalayas. This is the only park in the world where the Royal Bengal Tiger and the Snow leopard cohabit. All four of Bhutan’s national symbols, the Cypress tree, the Blue Poppy flower, the Raven bird and the Takin are found here. The park also has numerous hot springs and medicinal baths. Located at a distance of 122 km from Thimphu, the national park is well connected by road but getting to the innermost portions of the park, one must embark on a prepared trekking adventure. Over 37 species of Himalayan mammals and 300 species of birds have been recorded within the park. These include animals like the Snow Leopard, Takin, Tiger, Black Bear, Blue Sheep and Red Panda. The park is also known for the exhilarating views of Mount Jomolhari and Mount Jitchu Drake among a host of other colossal peaks.