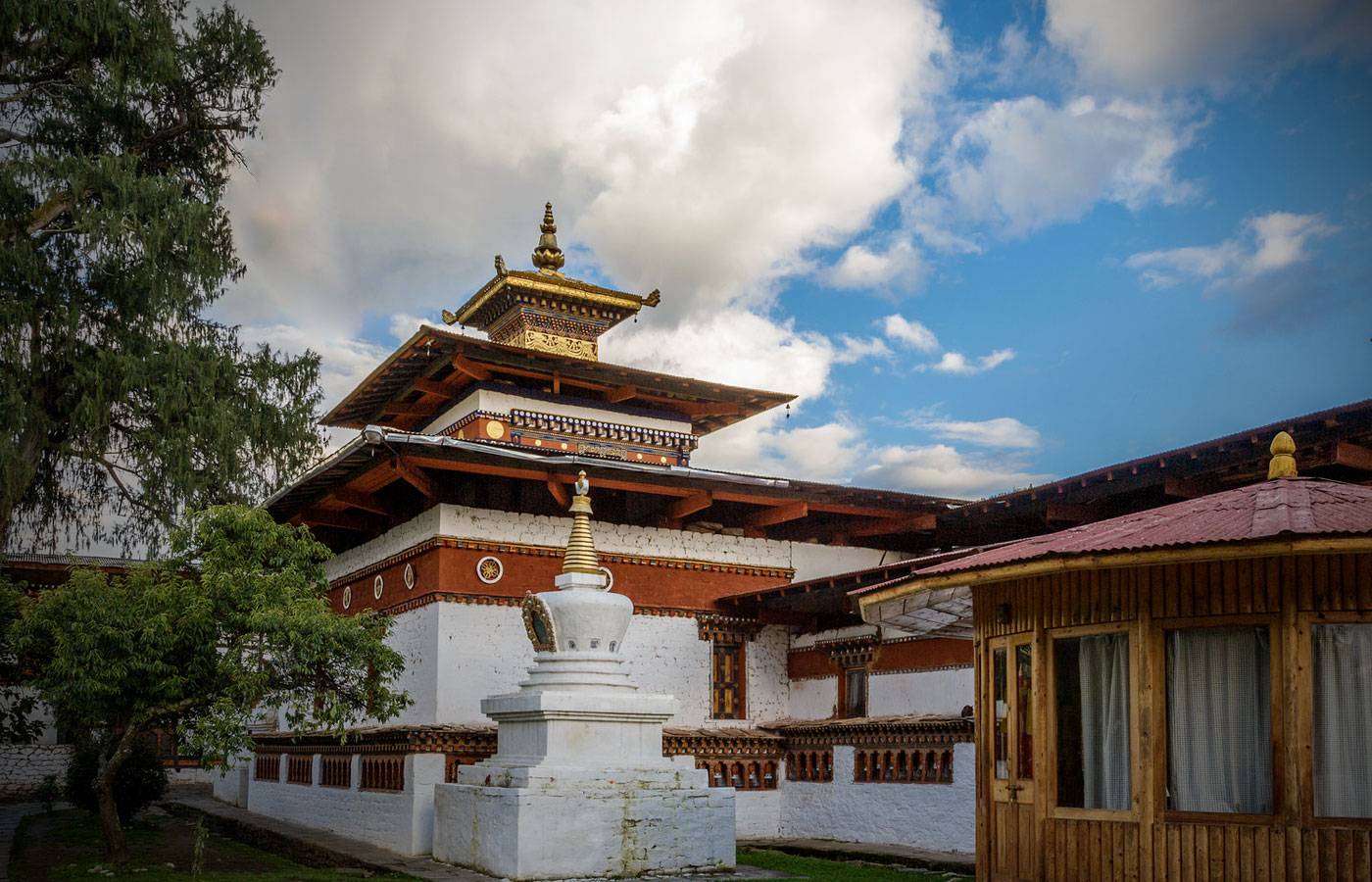 Kyichu Lhakhang in Paro, and Jambay Lhakhang in Bumthang are arguably the oldest temples in Bhutan.

Believed to have been constructed by King Songsten Gampo of Tibet in 659 CE, Kyichu Lhakhang today is a prime example of ornate Bhutanese architecture that has been influenced by Bhutan’s unique cultural and religious heritage. King Songsten Gampo, who is considered to be an incarnation of Chenresig, is credited for establishing Vajrayana Buddhism in the Himalayan region. But according to legend, this involved a difficult task for Songsten Gampo has to defeat a powerful ogress who has constantly hindering the spread of Buddhism and righteousness. So, he established 108 temples around the Himalayas, 8 of which are considered to be in Bhutan and Kyichu Lhakhang being one of them.

In 1968, the queen mother Ashi Kesang Choden Wangchuck expanded the Kyichu Lhakhang so that it could touch the Guru Lhakhang, an adjacent chapel that houses statues of Padmasambhava, which is 5 meters tall, and Kurukulla, or Red Tara, a female lotus deity, clutching a bow and an arrow made of flowers. Ashi Kesang Choden Wangchuck has also written a brilliant book called “Kyichu Lhakhang: The Sacred Jewel of Bhutan” which you can read to enhance your information on why the temple is one of the most visited in Bhutan.

The entrance to the Kyichu Lhakhang will lead to an intimate inner courtyard where you will see a mural to the right of the doorway of King Kesar/Gesar of Ling, a popular Tibetan warrior-king, whose legend has inspired an epic poem that is said to be the longest in the world. The main temple inside the Lhakhang is that of Jowo Jampa or Jowo Sakyamuni. This is one of the holiest shrines in all of Bhutan. The statue dates back to the 7th century and is built in the image of Gautama Buddha in a meditative pose which was originally painted in the time of Gautama himself. One such statue is also at the Jokhang temple, also built by King Songtsen Gampo. Nearby, there is a statue of Chenresig, an all-knowing deity of compassion and the upper floor houses the statue of Songsten Gampo himself.