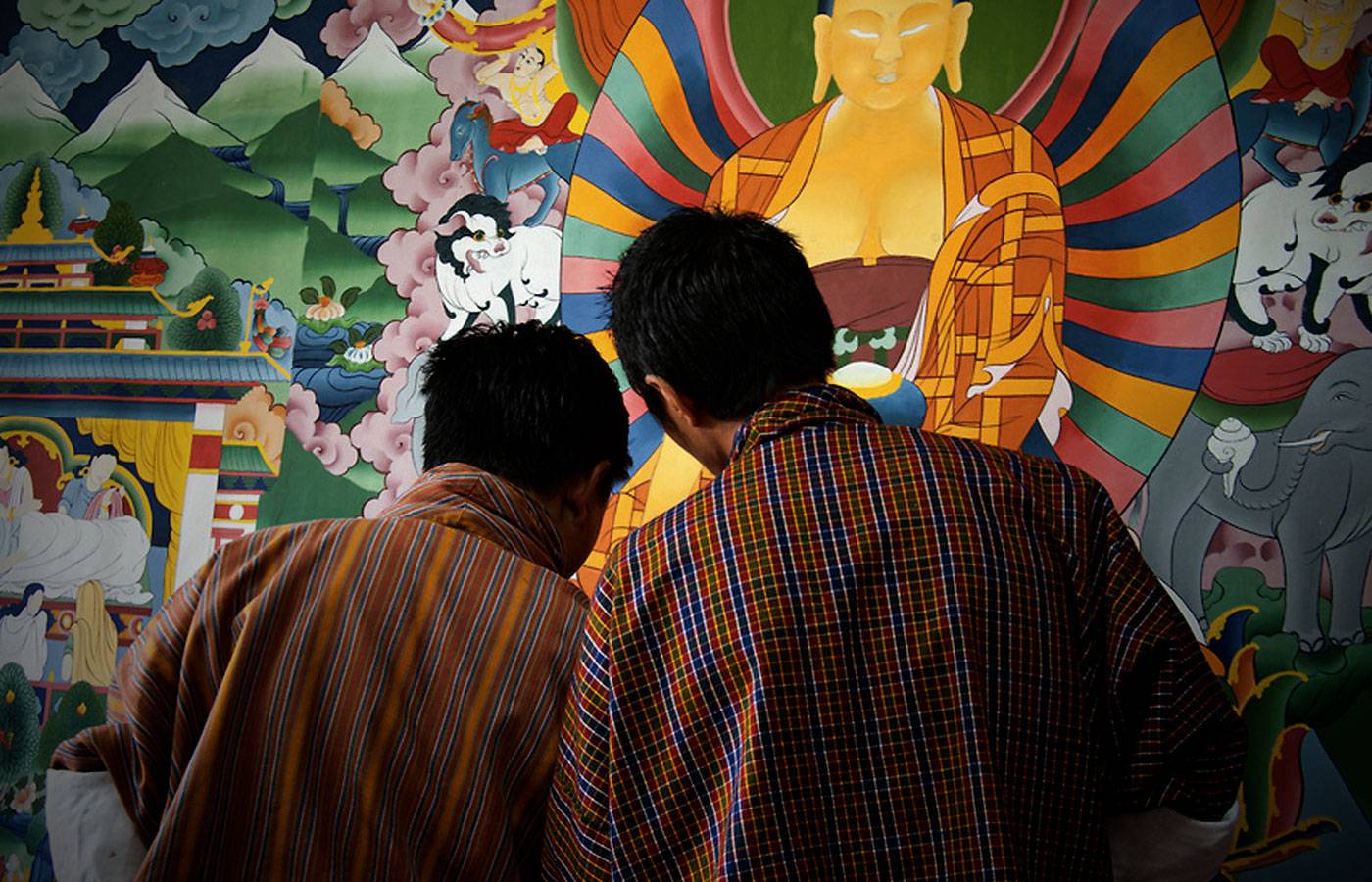 It is a common belief that this list was officially codified towards the end of the 17th century during the reign of the 4th Temporal Ruler Desi Tenzin Rabgye and incorporate all the arts which were necessary to the religious and administrative codes developed by the Shabdrung Ngwang Namgyel . Shabdrung Nawang Namgyal was the one who gave Bhutan its unique identity that diverted away from mainstream Tibetan culture and roots.
The traditional art and craft of Bhutan was influenced by Buddhism, eventually becoming "traditional" and accepted as an art that reflects not just the artistic sense and emotions but also the cultural characteristics of the society. Zorig Chusum or the thirteen crafts are unique examples of Bhutanese art; not only as pieces of utility or decoration but also as a means of communications through symbolism in its designs. The National Institute give 4-6 years of training to each student.
The products made in this institute can be seen and bought at the markets of Thimphu.