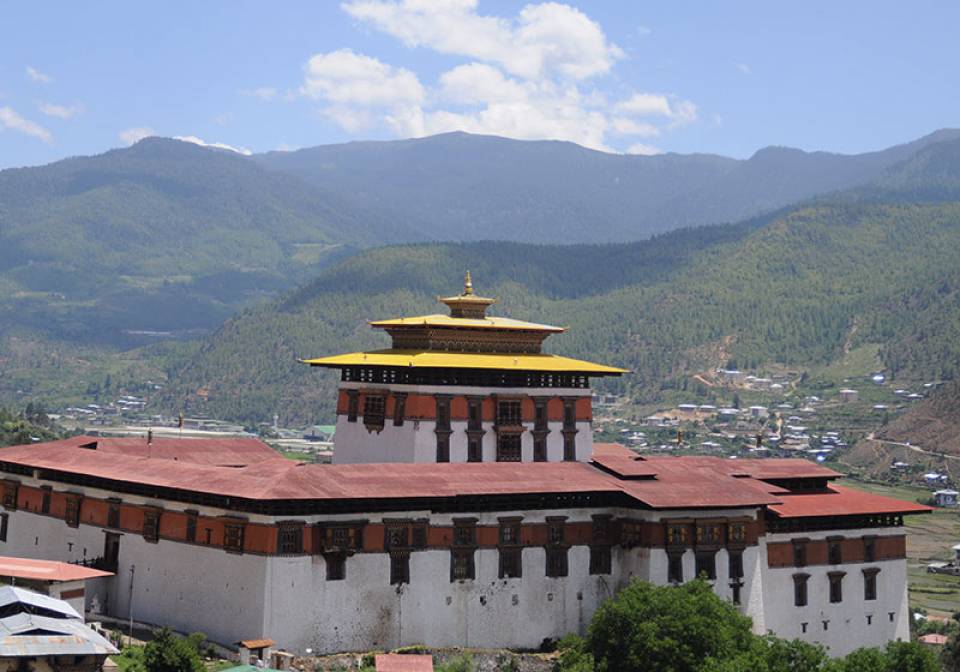 It doesn’t take long to understand why Bhutan is considered the last ShangriLa (Heaven on Earth). As your flight lands at Paro, the rich fertile valley quickly makes an impression on you; that it is pure and breathtaking. Between the snowy rich mountainous North and the dramatically scenic forested South, majestic varied beauties and enchantments abound in Bhutan and Paro simply helps us to begin understanding that stark distinct beauty of Bhutan.
Paro

Sprawling on the banks of the Paro Chu River, Paro is a beautiful valley, scarcely populated and naturally beautiful. Paro has the only airport in Bhutan and if you fly into Bhutan, Paro is where you begin your tour.

Bhutan is a land with a lot of medieval fortresses and the Rinpung Dzong, which is a fortress-monastery overlooking the Paro valley is one of them. This was built in 1644 A.D that Shabdrung Ngawang Namgyal. It is an imposing five storey building that used to serve as an effective defence against numerous invasion attempts by the Tibetans. On the hill above the Dzong stands an ancient watchtower called Ta Dzong which since 1967 A.D has been the National Museum of Bhutan. Another major attraction is the Dungtse Lhakhang(temple) built in the 15th-century. It has not lost its significance through the ages and people still attend the temple in multitudes, for worship rituals.

Intoxicatingly multi-coloured, intensely intriguing, and preserving the past, Paro is a place like no other. This is evident as you drive 10 kilometers to the city outskirts to visit the renowned Taktsang (Tiger’s Nest) monastery, perched on the face of a sheer 3,281-foot cliff. The place is highly sacred to the Bhutanese in that they believe that Guru Rimpoche (Saint Padmasambhava) landed here on the back of a Tigress. The trek to Tiger's nest monastery takes about three hours one way. A scenic view of the town of Paro can also be seen from the Tiger's nest.

In the past each traveller seems to be fascinated by Tiger’s nest. A host of celebrities including Britain’s Prince William made the hike up to the monastery. Apart from the spirituality inducing ambience, Taktsang is stunningly beautiful which could be the reason for its global appeal. Paro is dramatically engaging. A tour of Bhutan begins from this compelling destination, introducing you to its beauty, its complexity, and its welcoming people in an instant. If you are taking an international flight into Bhutan, Paro will be the first city that you will see as it is the only airport in Bhutan.