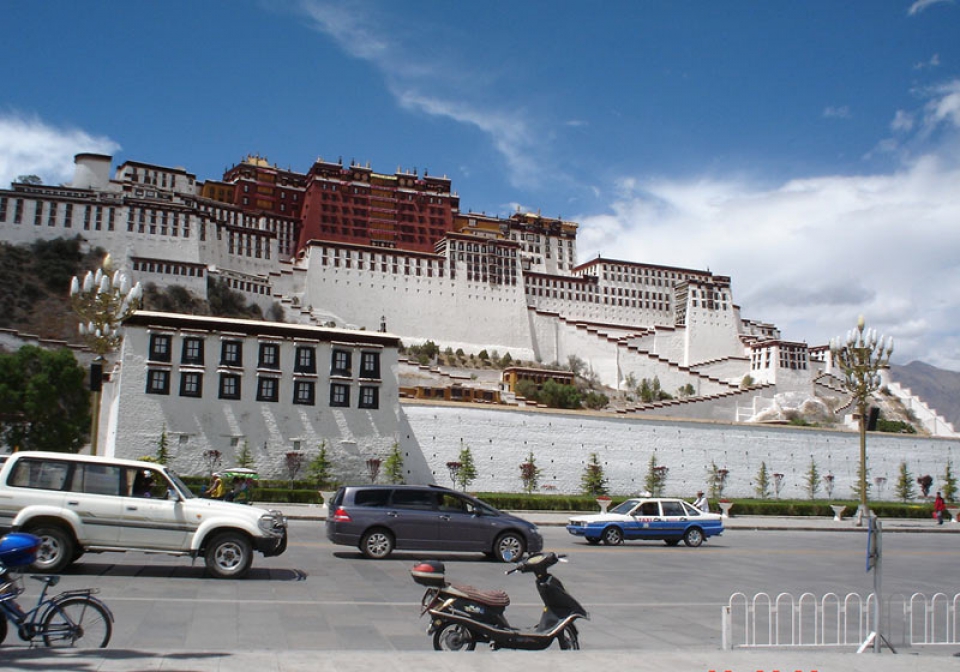 The Potala Palace in Lhasa, Tibet Autonomous Region was the chief residence of the Dalai Lama until the 14th Dalai Lama fled to India during the 1959 Tibetan uprising. It is now a museum and World Heritage Site.

The magnificent Potala Palace, once the seat of the Tibetan government and the winter residence of the Dalai Lamas, is Lhasa's cardinal landmark. Your first sight of its towering, fortress-like walls is a moment you'll remember for years. An architectural wonder even by modern standards, the palace rises 13 storeys from 130m-high Marpo Ri (Red Hill) and contains more than a thousand rooms. Pilgrims and tourists alike shuffle open-mouthed through the three storeys, trying to take in the dozens of magnificent chapels, golden stupas and prayer halls.

The first recorded use of the site dates from the 7th century AD, when King Songtsen Gampo built a palace here. Construction of the present structure began during the reign of the fifth Dalai Lama in 1645 and took divisions of labourers and artisans more than 50 years to complete. It is impressive enough to have caused Zhou Enlai to send his own troops to protect it from the Red Guards during the Cultural Revolution.

The layout of the Potala Palace includes the rooftop White Palace (the eastern part of the building), used for the living quarters of the Dalai Lama, and the central Red Palace , used for religious functions. The most stunning chapels of the Red Palace house the jewel-bedecked golden chörten (Tibetan stupa) tombs of several previous Dalai Lamas. The apartments of the 13th and 14th Dalai Lamas, in the White Palace, offer a more personal insight into life in the palace. Grand aesthetics and history aside, however, one can't help noticing that today it is essentially an empty shell, notably missing its main occupant, the Dalai Lama, and a cavernous memorial to what once was.

Tickets for the Potala are limited. The day before you wish to visit, you or your guide should take your passport to the ticket booth just inside the far southwest exit (yes, exit), where you will receive a free ticket voucher with a time stamped on it.

The next day, be at the south entrance 30 minutes before the time on the voucher (tour groups use the southeast entrance). After a security check, follow the other visitors to the stairs up into the palace. Halfway up you'll pass the actual ticket booth, where you'll buy your ticket. Note that if you arrive later than the time on your voucher (or if you forget your voucher) you can be refused a ticket. Photography isn't allowed inside the chapels.