There are many who will extol the wonders and magic of Bhutan. Others will balk at the $250 dollar a day fee, indicating that it keeps many from traveling to this area of the world.

However, whichever argument you would take the one most overarching and magnificent feature of this lovely country is the environment. Streams that literally roil with fish, forests that rise up with old growth trees and younger seedlings soaring upward to the sky. If one adds the multitude of birds that sing loudly from these preserved forests you are now led to the one question as to why Bhutan is so spectacular and beautiful. If one takes the first statement about the magic and the wonders of this country, then you have to look more closely at why this small, isolated kingdom has retained much of what today’s modern tourist likes to see. And what, you ask, is that?

Bhutan came into the modern world a mere 40 years or so ago. Known for many years as the “Hermit Kingdom”, it was only recently that television came to Bhutan. The government pushes the dress for most jobs that go back hundreds of years to the “gho” for men and the “Kira” for women. Most modern travelers are delighted to see these forms of dress throughout the country and in shops and other venues. Many are concerned that foreign influence via television and tourists themselves, will distract and eventually destroy the cultural identity of this delightful kingdom. 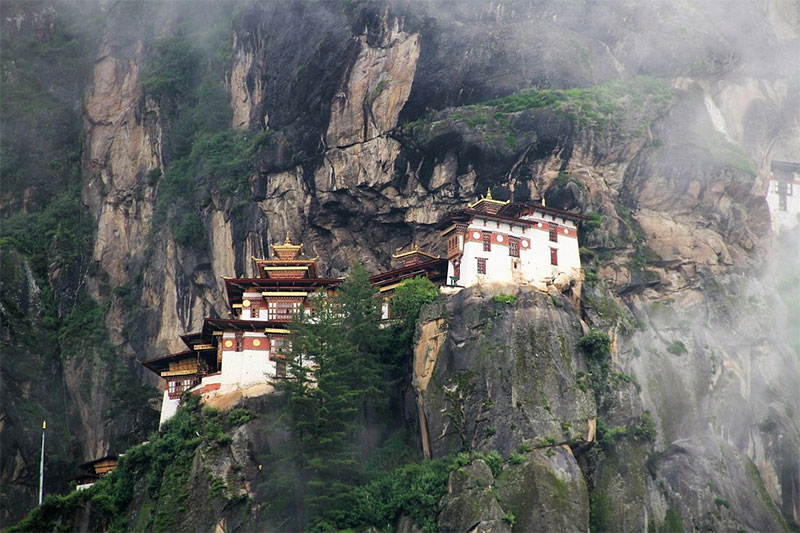 One aspect of life in Bhutan is the Buddhist religion. Many festivals are held each year across the country and one of the most famous of Bhutan’s many attractions is the Tiger’s Nest”. This famous 320 year old Buddhist temple perches precariously on the side of a mountain and is reached, only after a long and arduous climb to the main temple. Here many are drawn to quiet meditation and as a positive tourist attraction. Buddhist attitudes and a quiet acceptance of life permeates this region and this tranquility can offset almost any of life’s problems. 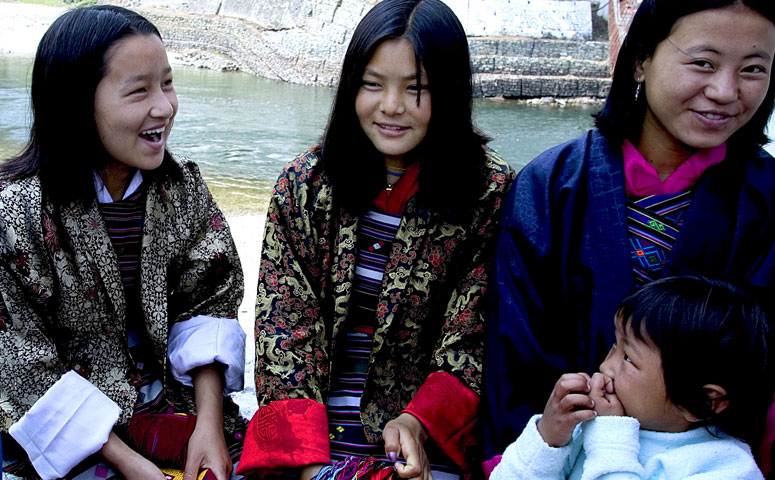 If one takes the second criticism, it is easily answered with two major facts. First, Bhutan wishes to retain and continue its cultural identity. In addition,the use of the gho and the kira indicate this attitude. Lastly, let us investigate what the $250 fee gets the tourist. Because the trip is arranged through a travel agent people are usually greeted at the airport. Here they will meet a guide, who will be with them throughout their stay. In addition, a car, or van, is provided for the traveler. The size of the car will depend on the size of the group. Lastly, the guest will be provided with a good hotel and all meals for the stay. In the off season the daily rate drops to $200 dollars a day. Another aspect of the Bhutan visit, would be to stop first in Kathmandu, Nepal and then take a tour into Bhutan. 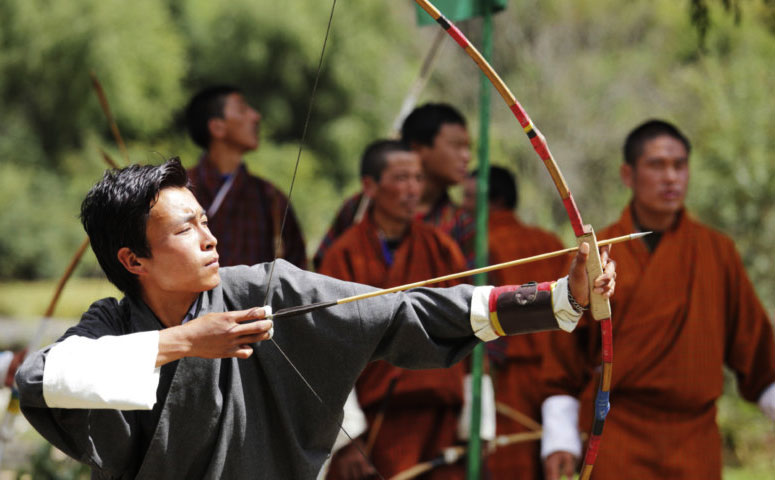 Bhutan is full of surprises. The most interesting is at Punakha. Here, a rather interesting monk, named Drukpa Kunley, is rumored to have slept with more than 500 women as a part of their initiation in to his circle. He established a center where couples hang phalluses to ensure they have children. A second major surprise for the visitor is the national sport of archery! Teams vie for superior shots in long and sometimes narrow confines. These contests are fun to watch and another experience in the ritual of Bhutanese life. A visit to Bhutan will ensure you of a truly remarkable and lasting experience. One, which you will be talking about for years to come.