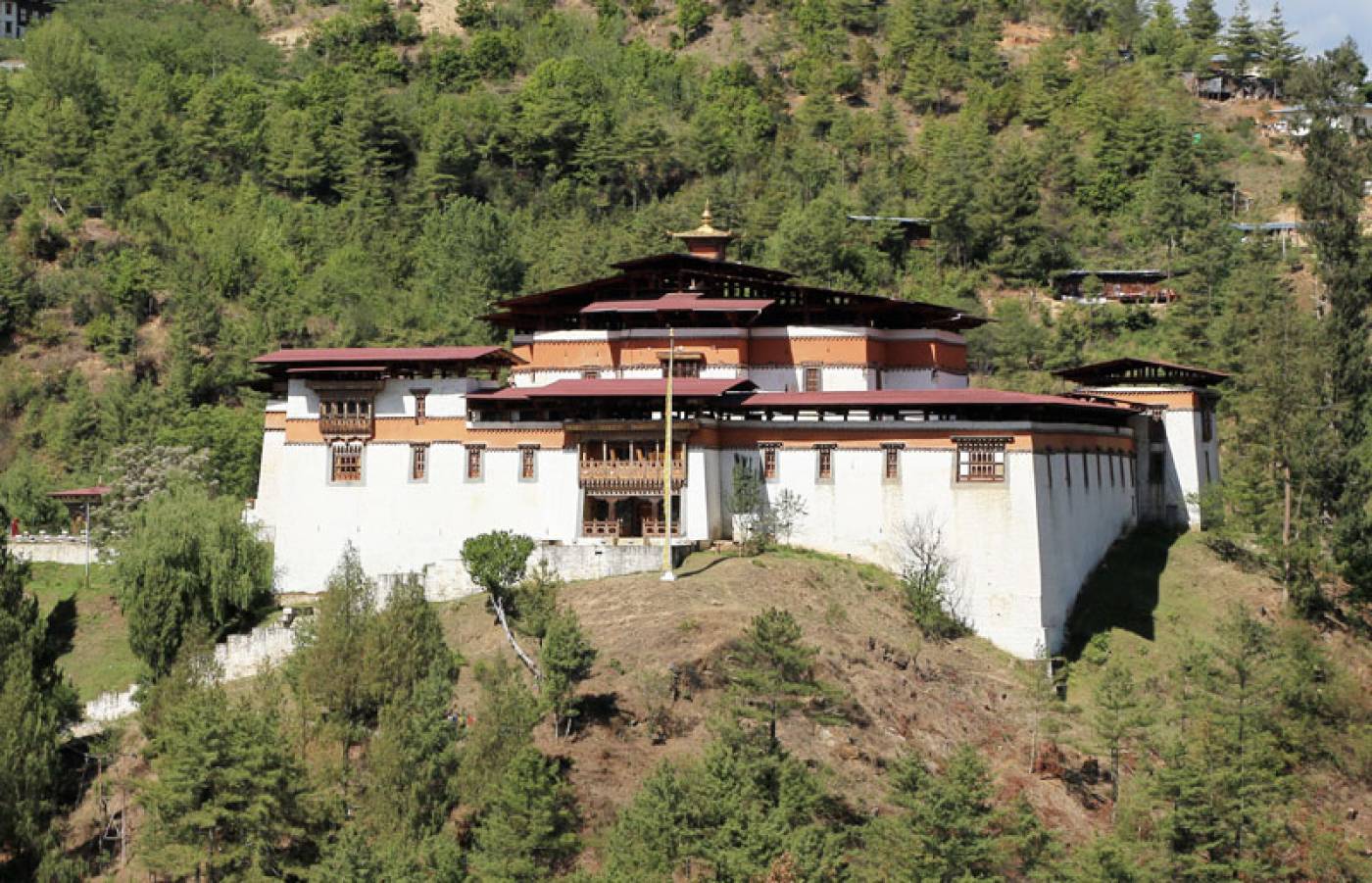 Simtokha Dzong, which is also known as Sangak Zabdhon Phodrang, meaning the Keeper of Secret Chants, is a fortress located near the capital city of Thimphu.
The word Simtokha comes from word “Simmo”, a demoness and “Do”, a rock, a combined term that originates from a legend that says that the location of the Dzong was built to guard the world from the demoness who transformed into a nearby rock. Just five kilometres out of Thimphu on the road towards the Dochula Pass, Simtokha is perched upon a ridge and is considered to be the first Dzong ever to be built in the entire country. In bold comparison to other Dzongs in Bhutan, it may not be as ornate or colossal as its counterparts but its archaic form has given it a strong built that has withstood all calamities over the centuries. The Dzong was built in 1629 by Shabdrung Nawang Namgyal, the founding father of Bhutanese identity, and it used to serve as an administrative centre an also an institute of language and culture studies. One must understand that Dzongs existed in Bhutan as early as the 10th century but Simtokha was the first one built by Shabdrung Nawang Namgyal who built it by incorporating a unique Bhutanese design and transformed it into a place that served as an administrative and religious centre. The foundational principle that he initiated with Simtokha gave way to other Dzongs that you see in Bhutan today.

The Dzong is built over 65 square feet and has a single entry point. There are three stories all connected by stone steps while the lowest exterior has prayer wheels and 300 slate carvings that depict Buddhist masters and saints. The primary Chapel has the idol of Sakyamuni Buddha (Siddhartha Gautama) and the images of eight Bodhisattvas adjacent on both sides. The Chapel is adorned by various murals which are considered very old. The Chapel to the west has the image of Chenresig, and the wives of the Tibetan King Songsten Gampo, the White and Green Taras. You can also see an old painting depicting Shabdrung Ngawang Namgyal.

Simtokha Dzong saw the battle of the Bhutanese against the Tibetans. The latter had also managed to take control of the Dzong in 1630 but that did not last very long. Today Simtokha still stands tall, with its glorious stance, peering through the ages to tell the story of Bhutan’s religious and artistic history.