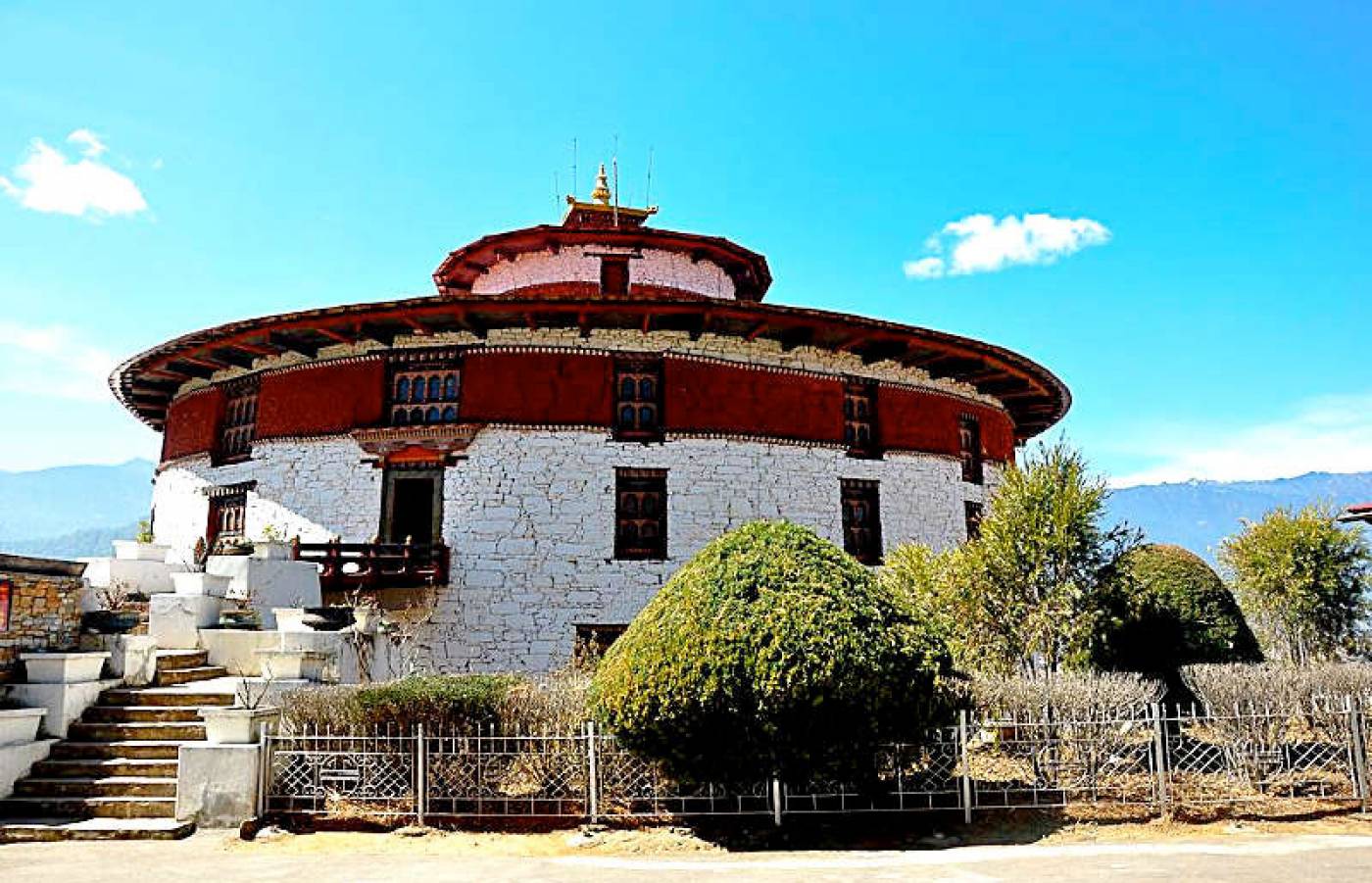 Ta Dzong which was built in the 1649 is in Paro and serves as a National Museum. Dzongs are massive fortresses in that today mostly serve as administrative headquarters of provinces and also as religious centres.
Ta Dzong is located at a distance of about five kilometres away from the city of Paro. Rinpung Dzong (also known as Paro Dzong) is merely 500 feet away from Ta Dzong. Uniquely built, Ta Dzong has a circular shape. Inside there are seven stories and the entire structure of the Dzong is supposed to symbolize the gemstone of wealth. In the mid-seventeenth century when Bhutan faced a many challenges from invaders to the north and south, La Ngonpa Tenzin Drugda, who later became the second Desi (Regent) accompanied by Chogyal Minjur Tenpa built the Ta Dzong. Ta Dzong literally means Watch Fortress.

From the Dzong which is perched upon a hill, the River Paro Chu along with the settlement of Paro is visible. The rooms of the Ta Dzong was used to store armoury that would arm rural militia in the event of a war. It was also used as a prison in the past. Today, as the National museum of Bhutan, Ta Dzong displays over 3000 works of Bhutanese art and history. It has a large assortment of Thangkas (Buddhist paintings), contemporary and modern. There are idols that depict Bhutan’s spiritual masters and items that have defined Bhutanese culture over the years.

Rumour has it that there used to be an underground tunnel that led to the Paro Chu River and was useful during time of war as it was essential to maintain constant water supply. You aren’t allowed to take cameras inside the museum, but you can photograph the surroundings. While it may take a 20 minute drive to reach up to Ta Dzong from the Paro valley below, you can walk while you return back enjoying the beautiful sights of the valley below and the hills at a distance. During an earthquake in 2011, Ta Dzong had suffered some damages but it has now been resorted and is open to visitors.