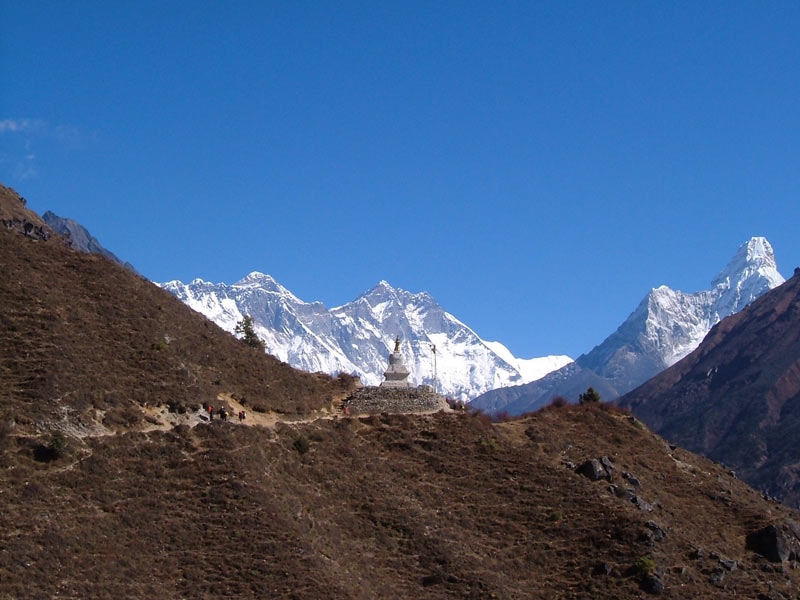 Everest Base Camp and Kala Patthar trek is an epic an exhilarating adventure trip that takes you to highest points on earth. Our carefully planned trek takes you to the centre of the towering Himalayas and an outstanding hike to Kala Pathar, for a breathtaking view of Everest and a host of other gigantic peaks dotting the skyline. This trek rewards you with a beautiful trail along an ancient trade route to Tibet, used for generations by the locals. It follows a trail which includes prayer wheels, monasteries, and ancient stupas. At Kala Pattar, you will witness the spectacular view of Everest as it literally turns golden in the evening sunlight. This trek rewards you with the most astounding views in the Himalayas.