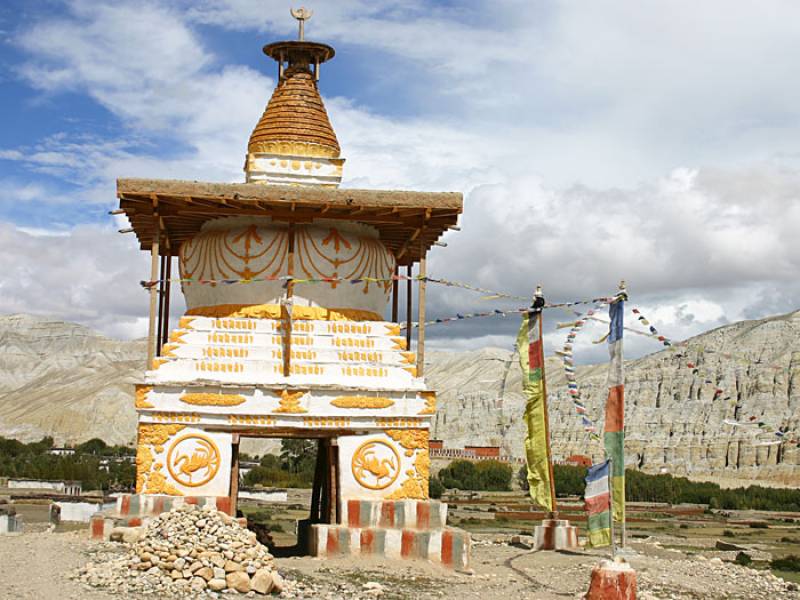 The Forbidden Kingdom of Mustang, known as ‘Roof of the world’ is located in northern Nepal and is surrounded on three sides by Chinese held Tibet. Mustang is one of the oldest civilizations on earth. Here the medieval world is uniquely preserved from the influence of modern technology. A land covered with small villages, ancient monasteries, friendly people and breathtaking scenery, Mustang's wealth was derived from being a major trading hub on the Kali Gandaki / Thak Khola trade route between Tibet and Nepal, which reflects the rich Buddhist culture, history, laws and customs. The Tiji festival is a three-day ritual known as "The chasing of the Demons" and it is centered around the Tiji myth. Tiji tells the story of a deity named Dorje Jono who must battle against his demon father to save the Kingdom of Mustang from destruction. The demon father wreaks havoc on Mustang by creating a water shortage which, in this extremely arid land, is the most precious life-sustaining resource. Dorje Jono eventually defeats the demon and banishes him from the land.