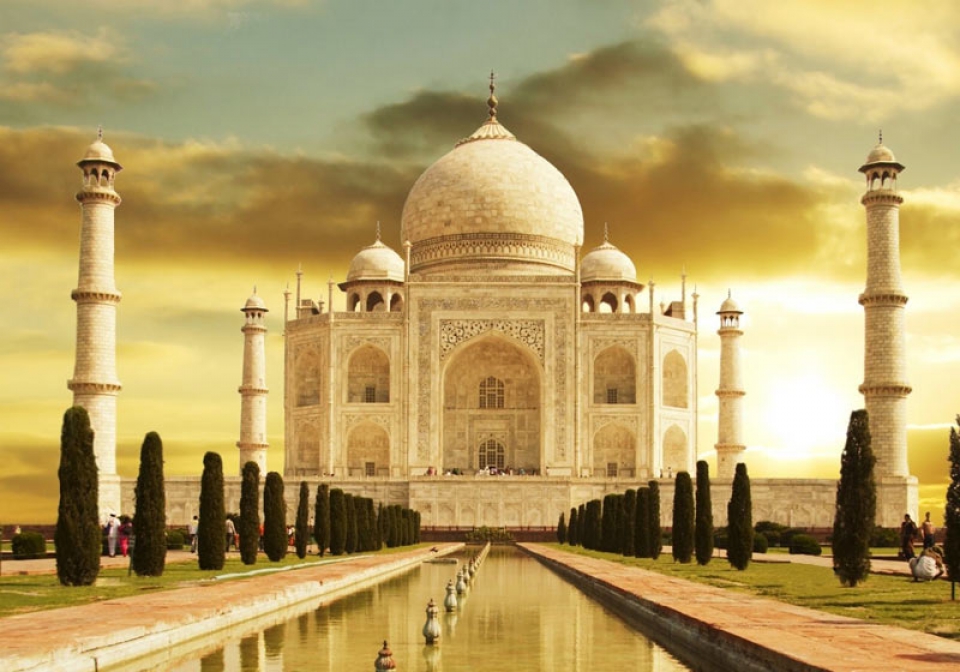 The Taj Mahal is an ivory-white marble mausoleum on the south bank of the Yamuna river in the Indian city of Agra. It was commissioned in 1632 by the Mughal emperor, Shah Jahan, to house the tomb of his favorite wife, Mumtaz Mahal.

The magical allure of the Taj Mahal draws tourists to Agra like moths to a wondrous flame. And despite the hype, it’s every bit as good as you’ve heard. But the Taj is not a stand-alone attraction. The legacy of the Mughal empire has left a magnificent fort and a liberal sprinkling of fascinating tombs and mausoleums; and there’s also fun to be had in the bustling chowks (marketplaces).

The downside comes in the form of hordes of rickshaw-wallahs, touts, unofficial guides and souvenir vendors, whose persistence can be infuriating at times.

Many tourists choose to visit Agra on a whistle-stop day trip from Delhi. This is a shame. There is much more of interest here than can be seen in that time. In fact, you can enjoy several days’ sightseeing with side trips to the superb ruined city of Fatehpur Sikri and the Hindu pilgrimage centre of Mathura.

Agra sits on a large bend in the holy Yamuna River. The fort and the Taj, 2km apart, both overlook the river on different parts of the bend. The main train and bus stations are a few kilometres southwest.

The labourers and artisans who toiled on the Taj set up home immediately south of the mausoleum, creating the congested network of alleys known as Taj Ganj, now a popular area for budget travellers.