The Lakes of Ladakh

An unending stretch of barren land wrapped occasionally in snow, Ladakh is like a tale, waiting for us to find the meanings behind it as it stands as one of the highest regions on the planet. Over the years, travellers have been drawn to its vast surreal beauty—first through its ruggedness, then through its purity, the driving force for the seeker of solitude. While many parts of India are struggling with the heat of the Indian summer, the tourist season begins in Ladakh.

To paraphrase Tony Nicolleti, what makes Ladakh beautiful is that it ‘’gives you a perspective to understand mankind’s natural instinct to travel and yet find a sense of belonging.’’ What he probably meant was that a visit to Ladakh is a journey, but also the one that’s within-a rediscovery of who you are.  So, we made that journey.

Located in the Indian State of Jammu & Kashmir, Ladakh extends from the Kunlun Mountains to the Himalayas. The name literally means ‘’Land of Mountain Passes’’ and rightly so because we crossed at least two major passes to reach the Pangong Tso Lake from Leh. This 155km drive required us to first cross the Chang La pass (17580ft) and then the Khardung La Pass (18390ft). Note: you can either drive to Leh from Srinagar or take a flight from New Delhi. We did the latter. Since Pangong is a restricted zone, you will have to gain permission from the administrative office at Leh. 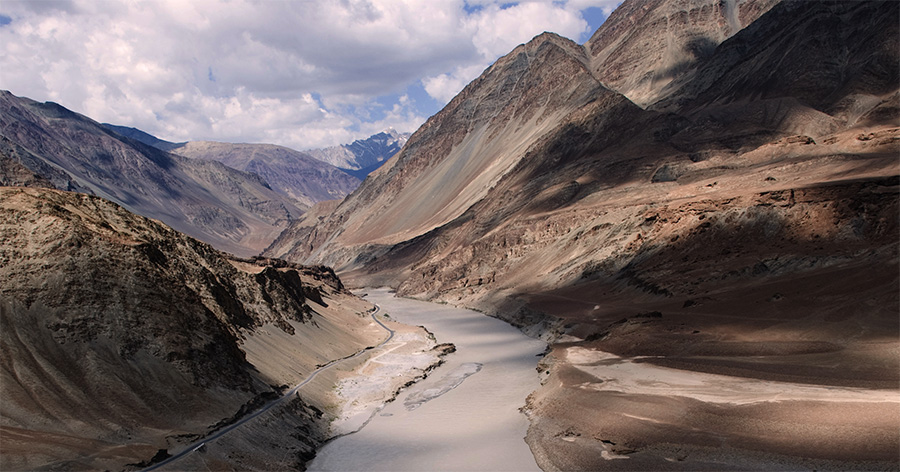 Much of the rugged terrains disappeared once we crossed Chang La. A long expanse of grasslands appeared on either side of the road.  This is home to some animals and sighting a few isn’t too difficult. A little farther, barren mountains were visible as the show the hard, rugged but beautiful terrain of this untouched land. We reached Pangong Tso in the afternoon.  Pangong is a lake situated at 14,000ft is spread over 60 square kilometres. 25% of it is in India while the rest is in Tibet. The lake has multiple shades of blue and at one moment seems to have appeared out of nowhere. From its shores it appears to change colour, sometimes reflecting the brown barren ranges surrounding it. Despite being saline water, the lake freezes completely during the winters. There are small home-stay areas around the nearby Spangmik village but if you want to stay close to the lake, you need to set up camp. 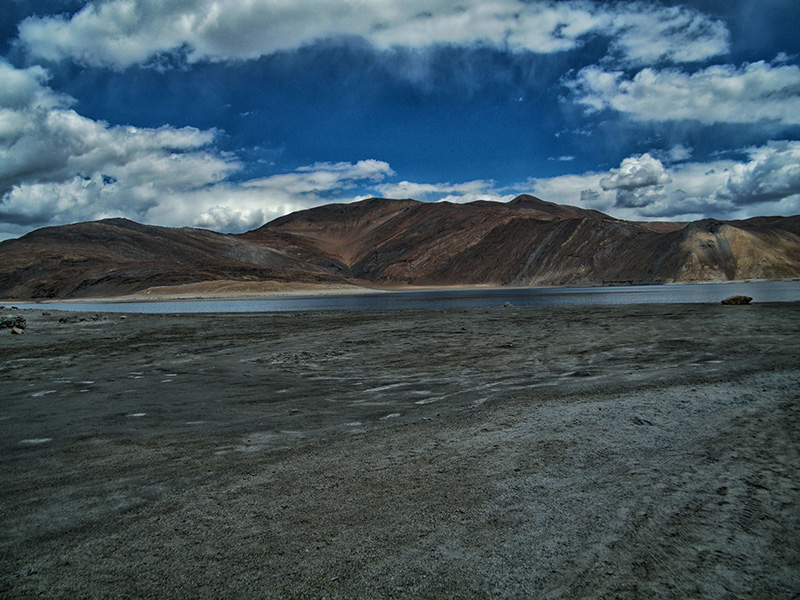 After spending a night near Pangong, we headed to the Tso Moriri Wetland Conservation Reserve famous for Lake Moriri. This is situated in the Rupshu district of Ladakh and is about 250km from Leh. It was a long drive but a scenic one. We reached Upshi and first went to view Kiagar Tso. This is a small lake but the snowy backdrop is what makes it look beautiful. We reached Tso Moriri in the afternoon. Located at 15,000 ft, it is the largest high-altitude lake in the Trans-Himalayan region. Unlike Pangong, the shores aren’t arid. There is a beautiful meadow adjoining the lake that stretches as far as the eyes can see. The meadow is home to geese and gulls along with or furry creatures. We set up a tent nearby.  In the beautiful morning sun, we could see sheep herders coming from grazing from nearby villages. There is a 400-year-old Korzok monastery nearby, with beautiful statues and murals.

There is natural beauty across this entire land, where lakes and rivers spill into the scene and surprise you before tumbling over abrupt precipices. Ladakh sits just north of the rest of India, yet it looks so different from the India we imagine and feel.

Geographically insular by terrain, Ladakh cherishes on its own without any hint of concern for whatever perspective you might hold. Perhaps, it always was a part of the journey makes you find yourself.