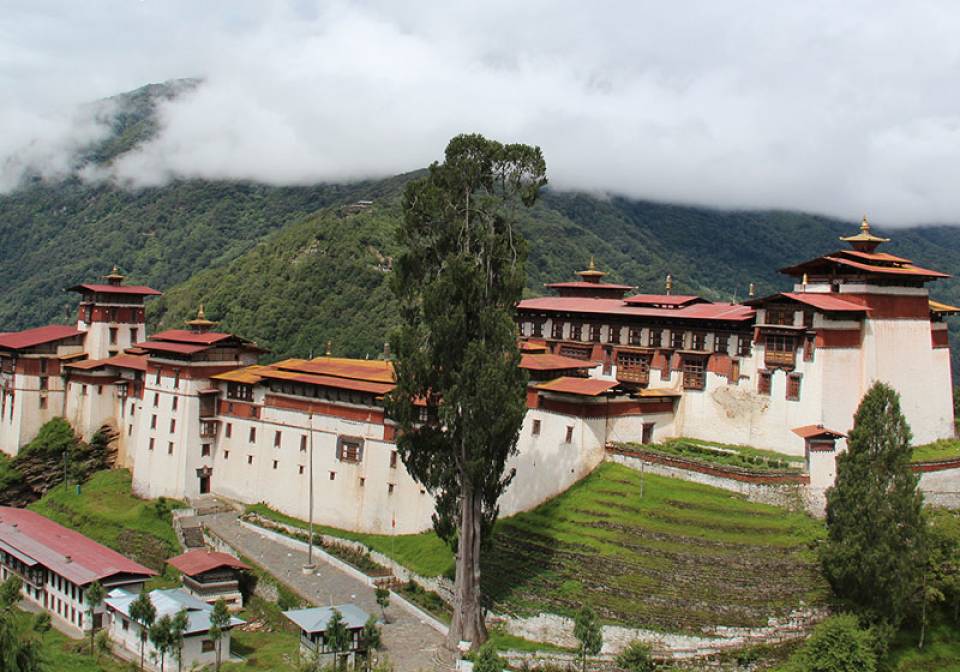 Much of the tourism in Trongsa is focused on history. This is originally the land of origin of the Wangchuk Dynasty. Digging into Bhutan’s history is fascinating, but part of any trip is finding special places to pause and take it all in. Trongsa, situated at an elevation of 2300m/7545ft, gives you that sense of pause, a spot to relax.

This is a little gem tucked away in a tiny corner of Bhutan—a secluded world of medieval cliff-top fortress, amazing ancient history and mystical at a glance. Trongsa, previously Trongsa is a town and capital of Trongsa District in central Bhutan. The name means "new village" in Dzongkha. The first temple was built in 1543 by the Drukpa Lama Ngagi Wangchuk, who was the great-grandfather of Ngawang Namgyal, Zhabdrung Rinpoche, the unifier of Bhutan. It takes about 6 hours on a drive from Thimphu to reach Trongsa.

On each enchanting exploration of this deeply Buddhist realm we come across pilgrim paths between spectacular hilltop villages. But the beauty of Trongsa is accentuated by the massive Trongsa Dzong, a fortress built in 1644 A.D. Also known as the Chökhor Raptse Dzon this used to be the seat of power of the Wangchuk dynasty before it became rulers of Bhutan in 1907. Traditionally the King of Bhutan first becomes the Trongsa Penlop (governor) before being named Crown Prince and eventually King. Built on a mountain spur high above the gorges of the Mangde Chhu, the dzong controlled east-west trade for centuries. The only road connecting east and west Bhutan before a proper road was built passed through the courtyard of the Dzong. At the command of the penlop the massive doors could be shut, dividing the country in two.

Higher yet on the mountainside is a watchtower, called "Ta Dzong"(watch tower), to guard the Dzong from enemies. This is also the Thruepang Palace which was built by the second king and was the birth place of the third. Currently it used by the royal family when on official visits to Trongsa. The building is closed to the public and like many of the early palaces is unimposing, but from an architectural and historical point of view it is still worth viewing.